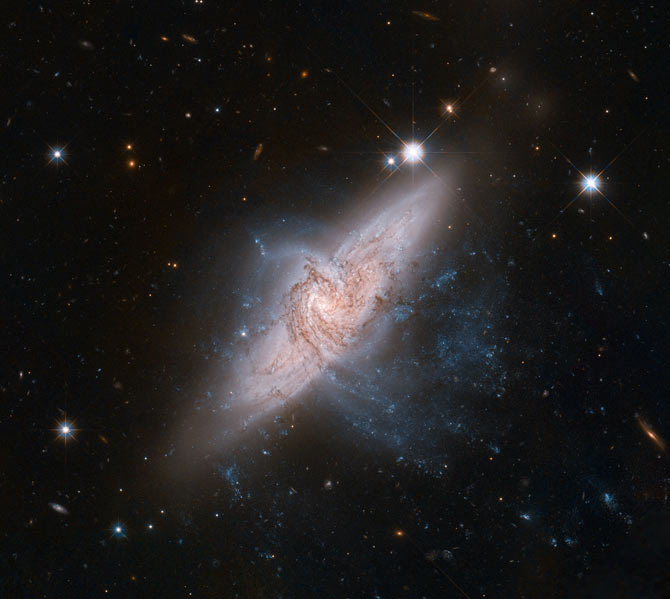 This NASA/ESA Hubble Space Telescope photograph is one of my favourite images of interacting galaxies, but it’s actually a bit of a cheat. The galaxies are not interacting at all.

The galaxies are simply in a chance alignment from our vantage point, and that’s how Hubble was able to produce such a breathtaking image.

Their relative position and dynamics tell us that the two galaxies are moving through the cosmos quite undisturbed, but we can see that NGC 3314b is warped, suggesting that at least one of these galaxies have had a close encounter in the not-so-distant past.

Why Does The Moon Go Red During An Eclipse?

What Would Happen If The Sun Disappeared ? – AGAIN!

Everything you need to know about Pluto before the New Horizon...

The Universe in 10 Features: 6. Spiral Galaxies

The Astroholic LIVE – Sex In Space, STEM Education and Colour...

Leaving The Universe Behind

Why Do I Still Rant About Astrology?