In this episode of The Astroholic Live, we resolved the “cliff-hanger” from the previous episode about how sex in space works.

Our special guest Dr. Suze Kundu took us through the three aspects of her career: research, teaching, and public engagement.

Luìs discussed how playing chess or listening to classical music doesn’t make you smarter according to a new paper,  which led to an interesting discussion on ‘STEAM’ Education.

@DrCarpineti I think roots in science and arts are the same. Patterns in a good scientist or a musician are both creativity and discipline

I discussed two interesting astronomy stories from the last week or so: the observations of a planet where it snows titanium oxide and the first detection of a ring of cold dust around Proxima Centauri.

You can check out the first 40 minutes here, and the rest of the show here. We had internet issues. 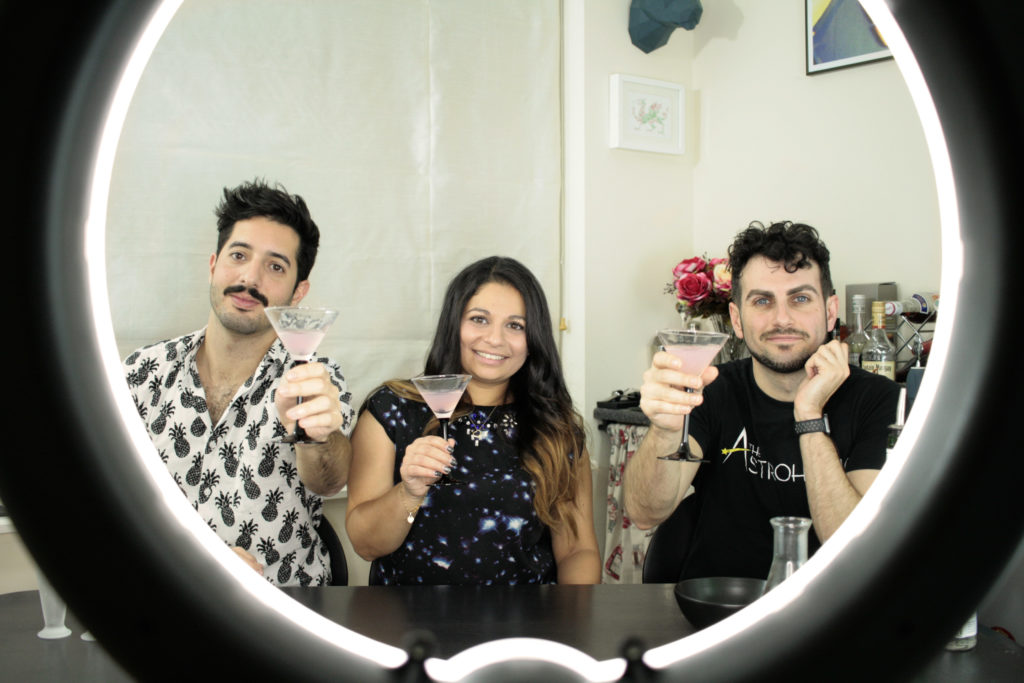 Also if you don’t want to go through the whole show for the cocktail recipe I made an instruction video (Yes, The Astroholic has entered the year 2014!)

The cocktail is a colour changing twist on the dirty martini, by mixing rhubarb vodka (which I cannot pronounce), gin, lemon juice and a universal indicator syrup (which I forgot to explain).

The syrup is one part clear syrup (water and sugar boiled) and one part universal indicator (made from the water left by boiling red cabbage) with a one-quarter teaspoon of baking soda.

You can have different color effect by adding the vodka and the lemon juice at the same time (rhubarb vodka is slightly acidic).

The Astroholic LIVE – From Death To Eternity

Atmosphere Detected Around A Small Super-Earth

Extraordinary video of a Solar Flare

The Universe in 10 Features: 8. Population I Stars

Astronomy in 60 seconds – What is dark energy?